Razer wants you to “squad up” with your dad on your next gaming session with some crazy deals on top-notch gaming hardware.

GameRant reports on the latest Razer Father’s Day deals, where a good amount of top-end peripherals, streaming gear, and even gaming laptops can be had at their lowest prices to date. The discounts can be as big as 67% (yes, you read that right) but only on select items, of course. All deals are valid only until June 26, PST, so grab them now before they’re gone!

Some of the best Razer gear on sale as part of their Father’s Day deals include the Razer Blade 5 base model, which is now available for 27% off on the official website. The Blade 15 is one of the best gaming laptops you can buy out there, especially now that PC gaming is at limbo with crazy GPU prices.

It features a six-core 0th gen i7 10750H processor, an NVIDIA RTX 2070 Max-Q Studio Edition with 8GB of VRAM, 16GB dual-channel DDR4, a 512GB M.2 NVMe SSD, a 4K 60Hz display, and of course, Razer Chroma RGB lighting for all that gamer swag. A Blade 5 will be more than enough to satisfy your PC gaming needs for the foreseeable future.

Aside from the Blade 15, you can also get your hands on some of the best Razer peripherals during this Father’s Day deal. The Raiju Mobile Controller for Android, for instance, is at its absolute lowest price at a massive 67% off on the site. If you’re more of a mobile gamer than a console/PC one and you enjoy fast-paced titles such as “Call of Duty Mobile” or the ever-popular “Mobile Legends,” then the Raiju Mobile Android controller is for you.

If you want to check out all the deals before they go, then make sure to visit the official Father’s Day deal page.

Razer News: What Are They Up To These Days?

A lot has been happening at the Razer HQ recently, and among them is the very gamer-y Project Hazel N95 Mask. If you’re an avid gamer and you want everybody to know that during the COVID pandemic, then Project Hazel is the perfect mask for you. It was revealed at the height of the pandemic during CES 2021 and used only to be a concept, but it eventually came to fruition and is now available for preorder.

Aside from that, the company has also been hard at work, giving people excellent PC gaming options. While they’re not really known for prebuilt, Razer is equipping their next product line of plug-n-play systems with the latest NVIDIA RTX 3080 Ti and RTX 3070 Ti, whose preorders went live early this year in China. There’s no update yet on whether these systems will become available to the West, though, so stay alert. 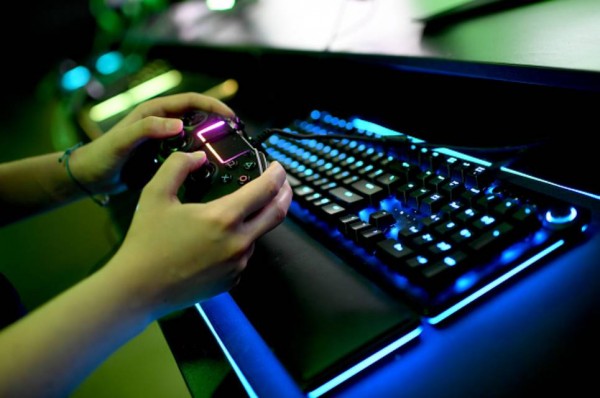 Related: Razer ‘Fast Charger’ Comes Out at $180 for a 130W GaN Charger | Can it Compete with the Xiaomi HyperCharge 200W?

This article is owned by Tech Times

ⓒ 2021 TECHTIMES.com All rights reserved. Do not reproduce without permission.